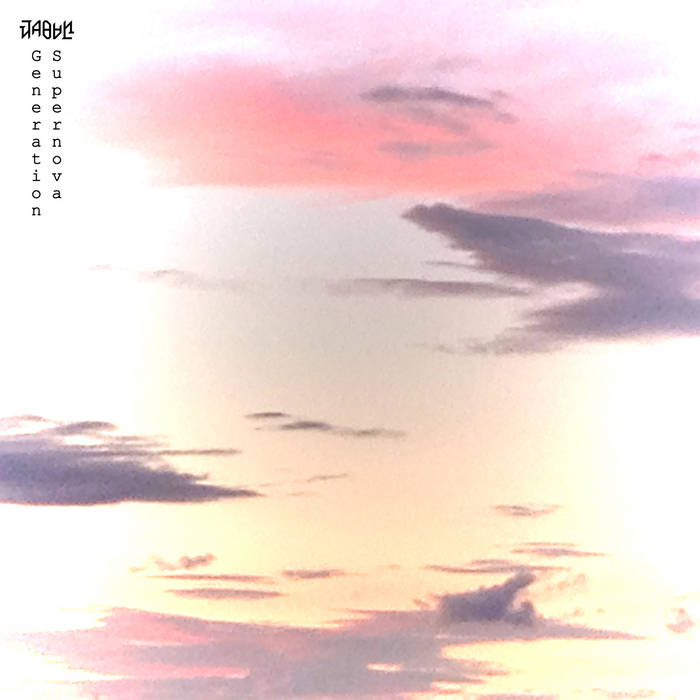 david klein Generation Supernova is an excellent album, its calming sound makes this the perfect background music for life. It doesn't matter if you are working or going for a nice stroll, this album playing in the background will calm you down and help you relax.

In the last few months of 2019, I started writing and gathering demos for what I’d hoped would be Jabun’s 2nd album, a continuation to my debut album Daydream in style which even included some repurposed ideas from those writing sessions back in 2016-17. It was an amazing feeling to be back to Jabun after all these years and I really couldn’t get enough of composing all this new music! At the start of 2020 however I had a week or so of being awfully ill, the worst I’ve felt in years, though this was before the whole COVID-19 situation really hit the UK. Lying in bed for the best part of a week, I was itching to keep composing and thought to myself “Boy would it be nice if the music just kind of wrote itself?” With no physical energy and nothing better to do, I spent my waking hours browsing the internet and researching and eventually stumbled upon, and fell down the rabbit hole of, the topic of “generative music”, the works of Brian Eno, Steve Reich, generative modular synthesis, Turing machines and more. It was an exciting and unknown world to me, and as soon as I was fit as a fiddle again, I was straight back to the studio to put some of the ideas I’d learnt into action!

The result was the first demo for a track which would eventually become Deep Space, track 2 on this album. Deep Space didn’t really fit in with the other demos I’d been working on at the time, and as I continued writing a mixture of generative ambient explorations alongside my more traditional Jabun works, eventually 4 generative pieces stood out from the others to form their own album which was soon titled Generation Supernova. Around this time I also had the inspiring semi-live ambient explorative evening session which would become the 15-4-20 album, and the rest of the year was spend polishing these 2 projects while I continued to write further demos as Jabun.

Generation Supernova is a 37+ minute collection of 4 tracks exploring generative music methods in the studio. Each track utilises a carefully designed system set up to generate a never-repeating and ever evolving soundscape which was conducted and guided to build an emotional and developing journey from the first note to the last.

Track 01 – Supernova utilises 2 short free-time recordings of Rhodes piano performances which were then duplicated and layered playing at different harmonic and sub-harmonic pitches/speeds either forwards, backwards, or bouncing between both, with some added echo for extra ambience and polyrhythms. Each layer was faded in or out to build and reduce the intensity of the composition throughout its duration. The title Supernova was chosen to reflect the feelings this track brings to me, a great expansive explosion of sounds gradually fading out much like the astronomical phenomenon; beauty with hints of sadness, and later something else.

Track 02 – Deep Space utilises 2 random arpeggiators each given a set of notes to choose from and told to play a note at a consistent regular interval, the first once per quarter note (at 100 BPM) and the second, once per second (60 BPM), along with a randomly triggered note-repeater leading to more interesting polyrhythms. Beneath this is a short free-time performance which was then duplicated, reversed and played back at 2 (sub)-harmonic pitches/speeds. The piece develops with an improvised synth melody (later returning in reverse) as well as a programmed drum machine performance. Unlike the warmth of Supernova, Deep Space feels cold and isolated to me, the persistent ticking of time, that feeling of drifting perhaps aimlessly reflected in the improvised synth and its subsequent return. Nevertheless, the regular beat of the drums keep marching on.

Track 03 – Turing Machine utilises 4 evolving sequences generated using an initial input fed into a deck of cards and a coin flip acting as a very basic modular synth style Turing Machine. You can see the original handwritten manuscript including the sequences, generation rules, and more in this album’s bonus materials. These 4 generated sequences were then arranged for synthesizers to create an intensely building track accompanied by multiple layers of random arpeggiated heavily distorted electronic drums/percussion, additional orchestral and electronic percussion, as well as a carefully arranged string orchestration developing on one of the Turing Machine sequences for added harmonies and tension. The hypnotic and minimalistic atmosphere of Turing Machine reflects the relentless and driving inorganic computations and calculations I’d expect from a complex machine, and being based around a Turing Machine inspired set-up, the title seemed rather appropriate.

Track 04 – Voyagers utilises 2 instances of an 8 note looping sequence, the first consisting of 32 steps, and the second only using 31 steps (shortening the final note), resulting in a gradually phase shifting relationship between them throughout the piece in a similar way to Steve Reich’s Piano Phase. These sequences were then arranged for string orchestra and pipe organ on opposite sides of the stereo field, gradually building the piece by adding additional instruments and layers at harmonic/sub-harmonic pitches as well as additional glitching sounds using randomised arpeggiators, another set of phasing sequences for synthesizer, and additional percussion. The two phasing sequences which form the basis of the track, I like to think of as representing the twin Voyager space probes launched to explore interstellar space, each on their own undoubtedly lonely, but unfathomably awe-inspiring journeys into the unknown. Even as they explore further than humans might ever reach physically, no matter how far apart they drift, they’ll always be connected by their origin on our small blue planet.

Generation Supernova was a fun and rewarding exploration into generative music methods, with each piece very much the result of the unexpected fruits of conducted chaotic experiments in the studio, much like the 15-4-20 album. Whether you sit down to listen intently, have it on in the background while doing something else, or simply immerse yourself in the sounds, I hope you enjoy these semi-ambient, generative experimental soundscapes, from the strange early months of 2020.

The photo for the album artwork was taken looking out of the living room window from the flat in Rotherham where I was based in 2017-19. I’d been meaning to use this picture for another Jabun album ever since I took it, but I didn’t end up working on any Jabun during that time and the photo finally felt right for Generation Supernova. This Jabun album is the first where the cover photo wasn’t taken in the town where the album was completed.

As with every big project like this, there’s a whole bunch of people I’d like to extend a huge thanks to for helping make this album possible.

First of all, a monumental thanks to my everything buddy Eva for keeping me sane and motivated as always, especially throughout these extra strange years of 2020 and 2021. Love you! Thank you so much for all your love and support, for this album and everything else, and for helping me use the scanner to capture the Turing Machine Generation Manuscript in the highest quality possible (because I don’t know how to use it...)! I don’t know what I’d do without you!

Next a big thanks to my friends and family for all their support especially while we’ve been separated due to lockdowns 1, 2, and now 3, with special mention to my twin Eamon for keeping me inspired and well equipped in the studio, James for his enthusiasm and discussion as always for the more experimental side of my musical personality, Vlad my long time collaborator and 2nd set of ears for much of my work, and my parents and grandma for the weekly check-ups, occasional food parcels, and much needed conversation! I love you all so much!

Another big thanks goes to the Better Than The Book live band and “Twitter guys”, Andy, Sam, David, Anthony, and Eamon and Vlad again for lending their thoughts on various bits and bobs (like the album artwork), as well as their general encouragement and support, and keeping me a bit more connected via various messengers! Cheers peeps!

A huge thanks goes to all my subscribers on Patreon past and present who keep my music going each month with special mention to the current $10+ patrons: Nathan Puray, and Michael White! Thank you all so much for your help and support in making these dreams a reality! You folks are amazing!

And finally, thanks to everyone who’s listened to Jabun, whether you first heard my music today or have been listening since Bergamot, everyone who’s picked up a copy of Daydream, 15-4-20 or another track on Bandcamp or iTunes, streamed on Spotify, left a comment on YouTube or Newgrounds, featured my music in a video or game or showcased it on your show / website, or inspired me with your own music. It means the world to me that I’m able to continue making music and that people are enjoying it so much. From the depths of my heart, thank you all so much, and I hope this album brings you many hours of listening pleasure for years to come.

With over 70 minutes of demos leftover from the intense writing sessions of 2019 and 2020, Jabun will be returning for another studio album after a ska punk detour to produce Better Than The Book’s upcoming 3rd full-length album. Visit Better Than The Book on Bandcamp for a taste of the ska punk vibes to come:

Jabun is Nick Standing and anything he can find in the moment to create his beloved chill / electronic / ambient / experimental music project. Keep up with his other musical endeavours and adventures on Patreon, the JabunAudio and JabunMusic websites, Facebook and Twitter.

Jabun: Electronic / Ambient / Experimental / Chill vibes for your daydreams. Jabun is a project and persona of UK based multi-instrumentalist and music producer Nick Standing. When he's not working on Jabun, you can find Nick making high energy ska-punk / pop-punk as Better Than The Book or tending to his audio production business JabunAudio. ... more

Bandcamp Daily  your guide to the world of Bandcamp